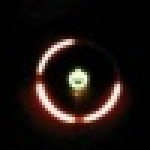 Thank you very much for undoing all the damage done by our wannabe wiki vandal. Very appreciated. I've banned him and his IP. I notice you're a Vamp player. Who are you in-game and what group are you a member of? If you don't mind me asking, lol. --EJ Wells{CiB} Talk "I Think" 19:25, 25 March 2008 (MDT)

Well... Sorry for the confusion, then. I assumed IMT had made yet another alt (As he has been doing consistantly) and the Proxy IP is a dead giveaway -- usually. The revision of Desudesudesu's vandalism was speedy and efficient, which is a great thing you should be commended for - but with the IP coming up as a proxy, it made me think perhaps it was a ploy to make an IMT alt near and dear to our hearts. <_< I guess I'll not live this one down for a while, will I? :B -- Motorhed 23:37, 25 March 2008 (MDT)

Retrieved from "https://hellrising.fandom.com/wiki/User_talk:Magus87?oldid=7428"
Community content is available under CC-BY-SA unless otherwise noted.