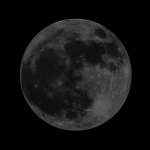 Hi, welcome to Hell Rising Wiki! Thanks for your edit to the Crafting page.

Hi. I’ve given you admin and bureaucrat rights on this wikia as you requested. You now have the tools you need to clean up, customize and maintain the wikia.

Check out your Admin Dashboard, which can by found by clicking "Admin" on the bottom toolbar -- it has links to all your new tools. Please let me know if you have any questions, and good luck with your new (old) wikia! -- Wendy (talk)  06:24, November 26, 2014 (UTC)

You might as well delete the talk page for TGMX. It's not a case of he was fooling around or didn't understand. It was deliberate. TGMX is the latest in a long line of sockpuppet accounts this person has used during the past two years. Recently, he has started leaving false notices to other people about giving them advanced user rights, as well as making adoption requests to clean up wikis where he was committing the vandalism.

I see well if he's been attacking other wiki pages on purpose for the past two years might as well ban him completely really not feeling to waste my time having to bother with this silly little troll. I'm wondering though can't the wiki staff just completely ban him from creating more accounts? Is it because of the periodical IP-address changes? Aren't they able to directly target his computer or something?...well anyhow thank you again for all the information I'll take it into consideration in possible future attempts. - Neutral0814 (talk) 15:48, November 30, 2014 (UTC)

Okay this is actually concerning....I'm taking a look at the vandalism in Tokyo Ghoul...take a look at the numbers section on the main page...those look like some kind of sigils along with numbers and if you hover over them they display some kind of names...I don't know what they mean or represent but the most concerning thing is the numbers on the far-left side: "72" and "144"....Do you know if you have records of others wikis this guy attacked on? I would like to check them out please. - Neutral0814 (talk) 16:47, November 30, 2014 (UTC)

If my confirmations are correct then you are not dealing with an ordinary griefer...if it's true then this shitfuck is indeed bastardizing sacred symbols along with the wiki vandalisms...fucker...displaying them on plain sight but no one probably noticed the meaning behind some of his edits...it also probably means that he may be targeting my wiki for a reason and not out of chance...before editing this wiki I had a past of taking part in seeking Ancient Knowledge and Symbolism and I have met some very nasty and dark people very similar to this person that either try to sway us to wrong paths or just fuck around with us...I'm still studying them but recently I needed a short-term break from it which I am still in now...Nontheless if my assumption is true then this guy is committing a crime far worse then messing up wikis. - Neutral0814 (talk) 17:33, November 30, 2014 (UTC)

Special:NewFiles <-- Check out the photos on the lower-half of the page...who knows who the family is but if I were this family this would be major privacy violation...he literally uploaded a whole album of them too that is just disturbing. - Neutral0814 (talk) 19:56, November 30, 2014 (UTC)

Let me see if I can address each point as short as I can.

The first account this person used was called Brightify. I've seen about 40 different accounts over the years and probably a hundred IP addresses over the past two years, and about the same on Wikipedia. I was able to find some information on him going back to 2009, so he's been at this a while. His ISP issues dynamic IP addresses, so that's why he shows up all over the place. It also means it's not practical to set a global block on the IP ranges he's edit from because too many people would be affected.
However, if you want to prevent him from coming back to this wiki for a while like 3 or 6 months, put blocks on 70.199.128.0/19 and 70.210.128.0/19.

Regarding the numbers, that's the Argam system, or as he misspelled it, Arqam. Basically, it's taking a simple concept like numbers and making it cumbersome and complex by trying to give each number a unique name and symbol. I don't think the person on the Vincico website who came up with it was trying to attach a hidden meaning to the names or symbols. He just picked symbols from different languages like Latin, Greek and Cyrillic.

I doubt that Brightify targeted this wiki. He just happened to pick it so he could begin vandalizing again, and it just happens that part of the numbering system he often uses in his vandalism has a significant meaning for you.

As to the number of edits, what you saw is actually lower than his average. It depends on how soon he is spotted on a wiki that determines how far he gets. I think I saw over 6000 pages and pictures on one wiki. From what I can tell, he spends at least 12 hours a day vandalizing wikis, day after day, until he gets caught. Then he creates a new account or digs up an old account and starts over on a different wiki. It's a futile exercise because he'll spend days or weeks committing vandalism that can be cleaned up in less than a day.

To wrap this up, don't stress out about this. I've gotten pretty good at spotting him, and the more he does this, the easier he is to spot. Also, if he tries to actually make useful edits or start a wiki on a subject he's interested in, he loses it because he keeps vandalizing wikis and his accounts get shut down. —RRabbit42 (leave a message) 07:53, December 1, 2014 (UTC)

lol yes I know those are complex mathematical radixes that some dude wasted on in his life... I am just more concerned right now as to how this brightify managed to possess the significant set of Sacred Numbers of Divine Tribe of Man...it cannot be a coincidence that he just happened to tapped in those exact numbers on his keyboard...now yes I know this obviously all sound complete nonsense to you since I'm just pouring out Occult Knowledge full on but nonetheless yet this is very important to me.....I'm actually also starting to wonder if this brightify guy himself don't know what they mean...hmm..he may have connections to a much bigger scenario or groups from where he got those numbers thus I am going to keep my guard on him. - Neutral0814 (talk) 10:01, December 1, 2014 (UTC)

It's still unlikely. He's just a person who has latched onto certain sets of information to use to vandalize wikis. Those subjects include cartoons, cartoon characters, cities, languages, googology (the mathmatical study of large numbers like the googol), time, businesses, weather and templates copied from Wikipedia. So unless you think that flooding a wiki with hundreds or thousands of pictures and pages about cartoons, cities or Wikipedia templates is also just as sinister as flooding them with argam numbers, then this is just a person who does what a lot of vandals do and keeps repeating the same kind of vandalism on as many wikis as he can.

If you are still concerned about the argam numbers, then you really need to be concerned with how they got to the Vincico website, not the fact that Brightify is using them. If that website had never existed, Brightify would still have found something else to use for his vandalism. Also, keep in mind that vandals and trolls want people to get upset by what they do and many enjoy watching people get upset. I've seen him take things I wrote or other people wrote and alter them to make it look like we're talking about something else, or he uses it as if he wrote it. —RRabbit42 (leave a message) 14:53, December 1, 2014 (UTC)

"If you are still concerned about the argam numbers" <---- I'm not....the "Divine number symbolism" and all that have nothing to do with argam numbers, at first I thought the argam numbers were sigils that had connections with the Divine symbols but like I said earlier I discovered the website and found out they were just some complex math codes...if you needed to you could have just asked me to explain further on what I was talking about cause I know that they were pretty confusing.....And Rabbit you can think that all these vandals and trolls throughout the internet are doing what they do just because it is simply for shits and giggles but many of these trolls in fact do have directives and organized goals for purposes greater than pure enjoyment....and I have seen and identified that a large majority of these trolls are in some way directed to defaming some very important relics and information regarding humanity (and the words "very important" do not define their extreme significance) and corrupting them in discreet but nonetheless harmful ways like what I have found in brightify's edits, and that is what I suspect brightify to be doing....that is why I asked earlier for brightify's records of vandalism so that I could find more verification within his vandalism which could confirm my suspicions. Well anyways I could continue but I know that you really don't care about "Divinity", "conspiracies", and all this so there's no need to explain it further and besides at this point the initial threat that you notified me of is gone so there's no use talking with each other anymore if you are not interested. - Neutral0814 (talk) 08:24, December 3, 2014 (UTC)

Retrieved from "https://hellrising.fandom.com/wiki/User_talk:Neutral0814?oldid=16277"
Community content is available under CC-BY-SA unless otherwise noted.